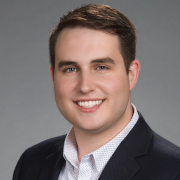 Cortland Russell is the President & CEO for Out in Science, Technology, Engineering, and Mathematics, Inc. – a national non-profit professional association for LGBTQ people in technical fields. With over 90 active college and city-based chapters and several thousand members, oSTEM is the largest chapter-based organization of its kind in the world. Cortland is also the Southeast US Operations Manager at Accenture where he supports the Chief of Staff office for the region and Atlanta. He holds an additional role as Accenture’s Gender Authenticity Lead, advocating for trans and non-binary employees and their families, and was formally the Entry Level LGBTQ Recruiting Lead and Accenture’s Global Pride Program Manager. Outside of work, Cortland supports the local LGBTQ community through the Atlanta LGBTQ Employee Network Alliance (ALENA) and through Renovus, an organization for LGBTQ Christians.

Cortland graduated from the University of Florida with a Bachelor of Science in Industrial Engineering in 2013 and has lived in Atlanta ever since.