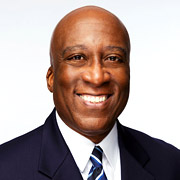 Dr. Shelton J. Goode, DPA serves as the Executive Director of Diversity and Inclusion at the Metropolitan Atlanta Rapid Transit Authority (MARTA) and is responsible for the Authority’s Affirmative Action/Equal Employment Opportunity Program, the Disadvantaged Business Enterprise Program, and the Title VI Plan.

Prior to MARTA, Dr. Goode held many senior-level positions to include the Director of Diversity and Inclusion at both Oshkosh Corporation and Southern Company (Georgia Power). He has more than 20 years of experience in the fields of Human Resources and Diversity combined. As a highly decorated Air Force veteran, who not only served the country in time of war, he consistently serves his community in times of need.

In July 2011, the Supreme Court of Georgia appointed him to the State Bar Ethics Investigative Panel — one of only three non-lawyers serving in this capacity. From 2010 to 2013, he chaired the Conference Board Diversity and Inclusion Leadership Council. Currently, he serves as the Chief Diversity Officer and board member of the National Association of African Americans in Human Resources.

He has served on the boards and committees of numerous professional organizations. Dr. Goode has been the recipient of numerous awards. In 2012, he was awarded the National Association of African Americans in Human Resources’HR Trailblazer Award. The Technology Association of Georgia’s presented him with its first Lifetime Achievement Award in 2013. He was also named one of the Top 50 Most Influential African Americans in Wisconsin in 2016 by Madison 365. As an avid writer and speaker, Dr. Goode has penned “So You Think You Can Teach: A Guide for the New College Professor in Teaching Adult Learners”,“Crisis as a Platform for Social Change – From Strawberry Mansion to Silicon Valley”, and “Diversity Managers: Angels of Mercy or Barbarians at the Gate”.

He speaks nationally on a variety of public administration, human resource, ethics and diversity topics.Dr. Goode has also used his knowledge and experience to teach and mentor others. In 1993, he was awarded the first-ever African American Doctoral Fellowship by Troy University and began teaching at the university in 1996. Since that time, he has been dedicated to helping adult learners achieve their educational goals.

His teaching excellence was recognized when he received the schools prestigious Faculty Member of the Year Award in 2005. His passion for mentoring and helping others led him to establish My ABD Network, an organization dedicated to helping students succeed in doctoral education programs. Dr. Goode obtained a Doctorate in Public Administration from the University of Alabama, a Master’s degree in Human Resource Management from Troy University, and an undergraduate degree from Southwest Texas State University.