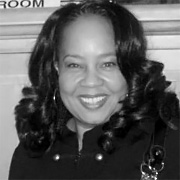 Currently, Sharon oversees efforts to promote Ketchum as the employer of choice to attract and retain diverse top talent. In 2010, she relocated to DC during a time of tremendous change and growth for the region. By 2011, she successfully led an aggressive initiative to attract and hire the highest number of employees (41 per location) in North America and stabilize the Public Affairs Practice with just-in-time, critical top talent hires.

The highest ever Employee Engagement scores in DC and Ketchum South confirmed Sharonâ€™s focus on succession planning, career development, and organizational development has validated a consistent delivery of human resources services to her regions.

Diversity outreach has been and continues to be a passion for Sharon, now based in Atlanta. She has enthusiastically participated in and led various marketing, educational, career fairs, and speaking opportunities at Historically Black Colleges and Universities (HBCUs), diversity-focused industry panels and networks. Her efforts have translated to impressive increases in hiring, developing and retaining an ever-increasing diverse population.

Prior to her current D&I, DC, KSouth, assignment, Sharon led Human Resources for several other Ketchum offices including Philadelphia, Chicago, Miami, and a brief stint as Global Compensation Director. Sharon took a sabbatical during her more than 22 years with Ketchum to serve as Global Staffing Specialist for The Coca-Cola Company. While there, she recruited on a global level for positions that varied from public affairs to corporate pilots. She later returned to Ketchum and is proud to be a â€œKetchum Boomerang.â€