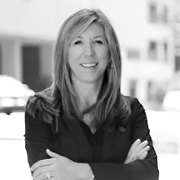 Julie Bowerman brings over 20 years marketing experience. She has spent most of her career at Coca-Cola in a variety of marketing and sales roles and loves working for the world’s greatest brands.

Currently, Julie is the Global Vice President of Shopper Marketing, Ecommerce and Digital. Prior to that role, she served as the Vice President of eCommerce for Coca-Cola North America. And before that, Julie led Digital Marketing, and one of her team’s largest accomplishments was building the strategy and implementation for the first ever Consumer Product Goods’ loyalty marketing program, My Coke Rewards. She started on the bottling side of the business commercializing Coca Cola brands within the local markets and then moved into a variety of roles of increasing responsibility in customer management, field marketing and national programs. Prior to Coca-Cola, Julie began her career in advertising.

Julie has been awarded with the 2014 and 2015 as Who’s Who in Shopper Marketing P2Pi, the Tempo Award for lead Loyalty and CRM Initiative, was a 2011 Women in Technology Finalist, and received a Best in Class Coca-Cola Worldwide Marketing Excellence Award for Interactive Marketing.

Julie received her under-graduate degree from the University of Dayton in Journalism, and a Masters in Marketing from Michigan State University.

Julie and her husband, Greg, and daughter, Reilly, live in the Morningside area of Atlanta where she enjoys spending time with family, playing tennis, being with friends and travel.