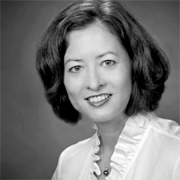 Recently, Ms. Tallman participated in a panel with four former Latin American Presidents at the Global Peace Business Forum in Atlanta, GA. In August 2012, Ms. Tallman was one of thirty participants in a roundtable discussion at the White House on transportation infrastructure through the White House Business Council American Economic Competitiveness Series. She participated in the APEC (Asia Pacific Economic Cooperation) CEO Summit 2008 in Lima, Peru – a convening of Leaders of economies and senior business figures from across the Asia Pacific and the Americas. The Chamber was the only Hispanic chamber in the United States to participate. She was invited by the former President of Mexico Vicente Fox and the President of the U.S.-Mexico Chamber of Commerce to be a member of the Commission on North American Social and Economic Prosperity, as North American Free Trade Agreement (NAFTA) approached the 15th year marks since its signing.

In addition, as President & CEO of the Chamber, Ms. Tallman has received a number of recognitions including, but not limited to: (upcoming) 2013 Women of Achievement of Academy YWCA of Greater Atlanta; 2012 Rolling Out’s Top 25 Women of Atlanta; 2010 Regional Advocate of the Year by the U.S. Department of Commerce Minority Business Development Authority; A Superwoman of 2010 by the Atlanta Tribune Magazine (March 2010); 100 Most Influential Atlantans by the Atlanta Business Chronicle (2009); High Heels in High Places Trumpet Awards 2009 from the Trumpet Foundation; Legends, Heroes and Heroines Award 2009 by the Spirit of Sweet Auburn Festival; Public Service Award 2008 by the Georgia Teachers for English as a Second Language (TESOL). And, under her leadership, the GHCC received a 2009 Legacy of Leadership Award from Spelman College.

She is the former Southeast Regional Counsel of MALDEF, the Mexican American Legal Defense and Educational Fund, a national Latino non-profit organization. She opened the southeast regional office in 2002. There she coordinated, supervised and lead the litigation, public policy advocacy and community outreach for 11 (eleven) states. While at MALDEF, Ms. Tallman was also the Interim D.C. Regional Counsel where she worked on national public policy issues affecting the Latino community.

In these capacities, she has appeared on panels, and international, national and local television and radio shows such as the BBC World Service, National Public Radio, Tavis Smiley MSNBC, Court TV, Fox Live, and CNN en Español, to discuss a wide range of legal and public policy issues affecting Latinos. She has also been quoted in national and local media print outlets such as Time magazine, The New York Times, The Washington Post, and the National Journal, and has authored editorials and articles.

Ms. Tallman has served as an Assistant Attorney General for the State of Minnesota. In that capacity, she served as a member of the Civil Rights Working Group Committee, an advisory committee to the then Attorney General Hubert “Skip” Humphrey III. In 1996, she became an Assistant St. Louis County Attorney where she prosecuted felony and homicide cases. In 2001, she became an adjunct law professor at the University of Minnesota Law School. She also served as a research and policy analyst while a Fellow at the Institute on Race & Poverty at the University of Minnesota Law School. As a public policy analyst, she worked on developing a theoretical framework for building sustainable coalitions between communities of color. She presented on the framework at the Aspen Institute Roundtable on Comprehensive Community Initiatives. In this capacity, she also served as a non-governmental organization delegate at the United Nations Conference held in Durban, South Africa in 2001.