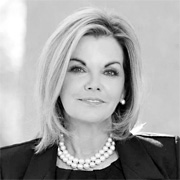 Donna Peeples
Chief of Staff to the EVP of Global Claims, Operations and Systems
Chartis/AIG

As Global Chief of Staff, Donna Peeples is an accomplished senior executive with extensive P&L responsibility and verifiable results in a variety of industries and global markets. Peeples is a versatile strategist who combines her keen market sense and strong orientation in top line growth and negotiations with her experience, entrepreneurial spirit and business acumen to transform innovative ideas into profits. A master communicator, Peeples works to define business objectives and articulate the corporate vision in a way that inspires imagination and compels action throughout the organization. Whether managing cost, influencing the top line or creating vibrant and productive partnerships, her focus is on blending business strategy with creativity – touching the heart and moving the mind – the result is: true paradigm shifts, sustainable change and the achievement of overall business objectives.

Career highlights include: an unprecedented 7 consecutive Southern Gas Association Marketing Best Practice Awards 2004-11; 2006 Show South Ady Award; 2007 MarComm Gold Award; 2006, 2008, 2009 and 2010 Telly Award and a 2009, 2010 AMY. She also oversaw advertising campaigns that were honored with 2006 and 2007 Emmy Awards from the National Academy of Television Arts and Sciences. In 2008, she led the formation of and served as Board Chairman of the Council for Responsible Energy (CRE), an association of more than 200 companies involved in the energy industry whose purpose is to educate and build consumer awareness around the importance of their energy decisions.

Peeples earned a degree in Management from Troy University. Now based in Atlanta and New York, she is also active in Habitat for Humanity and the United Way Women of Tocqueville Society. She serves in key roles and is a frequent speaker at industry associations and events.