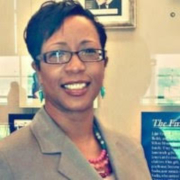 Inger Spencer Neal is the Assistant Director of Employment Services at Georgia Vocational Rehabilitation Agency (GVRA) with over 20 years of experience working in the disability inclusion arena. As the Assistant Director of Employment Services, Inger oversees various programs/projects that advocates for people with disabilities in the workforce, marketplace and supply chain. Inger’s interest in this career path started years ago as an employee for the Georgia Department of Labor. During, her six year tenure with the Department of Labor, she was selected to their Rapid Response Team, which developed customized services to assist companies and dislocated workers. As well as, served in the role of a Workshop Presenter, a trainer/teacher for secondary and post-secondary institutes and achieved accreditation as a Career Development Facilitator.

In 2008, Inger transferred over to the Georgia Vocational Rehabilitation Agency as a Rehabilitation Employment Specialist. Afterwards, she transitioned to the counseling division of GVRA as a Transition Counselor for high school students in Habersham County, Banks County and Stephens County. Additionally, in this role, Inger spearheaded a project through the Emory Autism Center to provide Vocational Related Assessments to individuals with autism. As well as, codeveloped a workshop on “Autism in the Workplace” that was featured during the Autisms Speak Conference and Georgia Rehabilitation Association Conference. Inger continued to excellence in the field of counseling by spearheading the development of a Personal & Social Adjustment (PSA) curriculum for individuals with autism. As a rising leader within GVRA, Inger has participated on various developmental committees to enhance the quality of services offered by GVRA in assisting people with disabilities seeking employment and independence. Because of her advocacy for disability inclusion, Inger was a vital participant in establishing the Employment Services division within GVRA.

In her community, Inger has served on various boards such as Toccoa Women’s League, Chamber of Commerce, Boys & Girl Club of America and Leadership Toccoa. Currently, she serves as a board member on the Action for Community Development Foundation and is an active member at her church. Inger and her husband, James Neal Jr., reside in Toccoa, Georgia. They are the proud parents of one son, Aaron Neal who resides in Atlanta, Georgia and one daughter, Anna Hardman along with their son-in-law Norman Hardman and two precious grandchildren Victoria Grace and Matthew Elijah Hardman who reside in Columbus, Georgia.