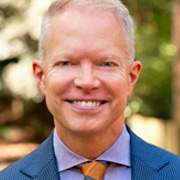 Scott Horton is the former Director of Diversity and Inclusion Consulting at IBM and has 30 years of training and consulting experience, including 10 years in higher education and 20 years in the corporate arena. He led IBM’s inclusion practice, managed consulting teams, and served as primary client relationship manager for IBM’s diversity and inclusion clients. His thought leadership shaped IBM’s “D and I” solutions and strategies.

In his capacity as a campus life assistant dean at a few of the country’s leading universities, Scott developed and delivered various for-credit and not–for-credit leadership training and diversity courses for students, staff and faculty. In the early stages of corporate diversity efforts in the USA, Scott was retained by IBM as a lead facilitator and curriculum designer for their award winning diversity training initiative.

From 2010-2014 in his role as Director of D&I Consulting at Kenexa/IBM, Scott acquired a unique perspective on HR analytics to validate the “D&I” activities within global and USA organizations. The intersection of unconscious bias, inclusion and employee engagement measurement was his focus at IBM. He returned to Delta Concepts Consulting in 2014.

Now, Scott is a frequent keynote speaker on the topic of unconscious bias and has designed a high impact, engaging leadership workshop that creates transformation in a leader’s thinking about implicit biases that influence performance management and HR decisions. Delta Concepts’ core training offering, Inclusive Leadership: Understanding and Managing Unconscious Bias is the 2017 unconscious bias training for Coca-Cola, UPS, Capital One, SunTrust, The Southern Company, Newmont Mining and Intercontinental Hotel Group. This workshop has been adapted for Europe, Asia, Canada and soon, for Latin America.

In 2017, Scott has been the keynote speaker at the Florida Women in Energy Summit, The Triton (equity capital) Summer Summit in Munich, and at the Southern Company Leadership Summit. In January he educated UPS’ Singapore management teams on Unconscious Bias. A native of Pennsylvania, Scott has lived in the Southern USA most of his life. He is a runner, mostly to keep up with two Jack Russell Terriers.